Please enter your email address and we'll send you instructions to reset your password. 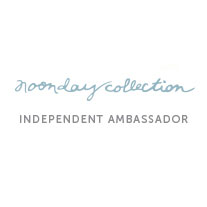 Once upon a time, a young couple said yes to adoption. We adopted a beautiful baby girl named Ellie straight out of a Seattle hospital in 2007 and shortly after that began the overwhelming paper-process to adopt again, this time from an orphanage in Rwanda. What we were told would be a 6-9 month process stretched out for three years, eventually ending unsuccessfully when Rwanda closed their doors to international adoption just after we were matched with a baby. To say we were devastated is an understatement. - Our adoption agency offered us the chance to pursue a waiting child in Haiti and over three later, she became our daughter, Felienne (whom we call Faye). Remember when I said we thought our second adoption would take 6-9 months? It took 7 years. During that time, I changed. I learned about poverty and all the vulnerabilities it opens - trafficking & prostitution, starvation, disease, broken families, violence, the list is endless and it's women and children who suffer the most. - I had heard of Noonday, and after my first trip to Haiti, I realized Noonday offered me an opportunity to fight against the effects of poverty that had filled me with so much grief. - Fast forward three years later and I've traveled to Uganda and met our artisan business partners there. I've heard how the dignified work of making paper beads and cow horn earrings has transformed their lives and seen the joy they exude when they talk about sending their children to school, buying their first home, or being able to afford needed medication. I've been to Rwanda and met the sewing cooperative Noonday helped start, too. They are so proud to see people wearing their creations! - I now understand how privileged I am and how my choices affect others. We can't change everything at once, but where we spend our money that actually affects real people. If you buy cheap accessories at Target, Claire's, or Charming Charlie's you have no idea if the people who made it were paid fairly or treated well. But if you spend that money with Noonday, you can rest assured it's providing a family the chance to not just survive, but thrive! - Isaiah 58:10 says, "and if you spend yourselves on behalf of the hungry and satisfy the needs of the oppressed, then your light will rise in the darkness, and your night will become like the noonday."